Suwannee Comes Back For Big Win Over West Nassau 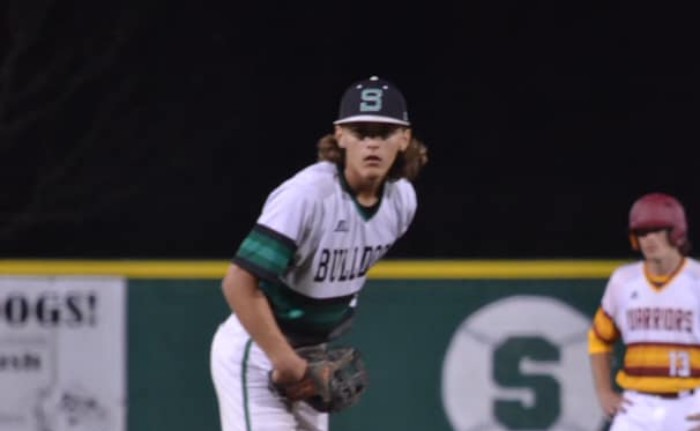 Suwannee’s Drew Law struck out three in two innings of work, as part of a relief effort that helped allow the offense to rally back to victory.

There are a lot of experienced bats in the Suwannee Bulldogs lineup. They are guys that do not panic and guys that know they can get the job done.

Tuesday night they go the chance to show that right away, as Suwannee rallied back from an early deficit and ran away to a 14-6 home victory over the West Nassau Warriors, in both team’s season opener. The Warriors grabbed a 4-1 lead in the third, before Suwannee battled back with two consecutive five-run innings.

The Bulldogs had eight hits overall, led by senior catcher Kolby Pickles, who was 2-for-3 with two doubles, two runs and an RBI. Trett Wadford drove in three with a double and a run and Dalton Croft was 1-for-2 with two stolen bases and three runs.

The Warriors had a strong day at the plate, as nearly every starter reached base. Christian Nobles was 2-for-3 with an RBI and two runs and Cameron Peterson was 1-for-1 with an RBI double.