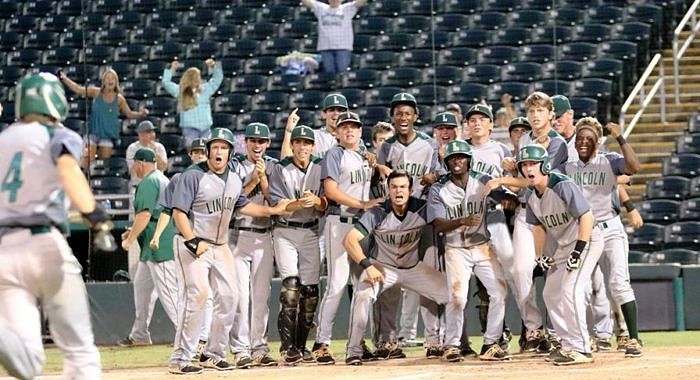 The 2017 Class 8A state champion Lincoln Trojans celebrate a home run that fueled the title victory.

Most of you ballplayers will walk off a high school diamond for the last time some time in the days ahead. The playoffs are here and it’s all about survival. Perhaps it is the reality that defeat brings the entire thing to end that motivates you to push harder, dig deeper and find that extra will to make your season keep existing.

When it ends, the story of this season is finished. Starting this week, over 600 high school teams across Florida will be vying for one of only nine state championships, that feat of immortality that forever finishes your story exactly how you want it told. It is what you have worked so hard for so long for, and often it doesn’t seem like it is real when it finally happens. Today begins that chance to write your own favorite ending.

It has been a tough time for the Florida baseball community this year, and some playoff excitement is exactly what we all could use. Baseball has such a soothing and healing aspect and it will never let you down. It can remind us that there can be beauty even if in defeat. You took the field and performed when given your chances, while for many of us those times are gone. 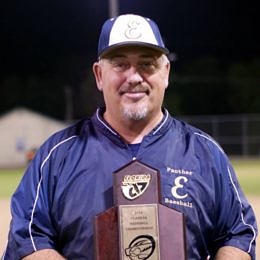 Coach David Lee with the 2014 District championship trophy at Eustis. Lee, 55, passed away in January just before what would have been his 15th total season with the school.

Tracing back to when Hurricane Michael struck the Panhandle in the fall, it was a difficult year that challenged many of us across Florida. The baseball community was no different.

Early in January there was a loss that affected coaches and programs across the state when longime Eustis manager David Lee passed away of heart failure. Lee coached over 30 years in the state, including 14 years in two different stints at Eustis. He won the Class 3A state championship with the Panthers in 2000, and also coached at Leesburg, Apopka and Mount Dora. He was also well-liked and a friend to coaches all across Florida.

Lee coached many great athletes over his career and he positively influenced many lives. Like any coach, certainly he hopes that the players take some of those lessons away with them even after the game ends. In these days ahead many seniors will play their final game in their high school career, each with a coach just like Coach Lee that hopes they’ve had some positive impact on them. Now you are men and those choices are entirely yours. 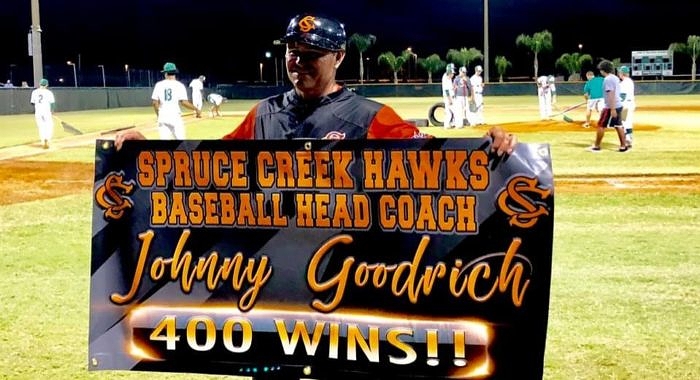 Make no mistake about the sacrifice a coach will make. Tragedy again reminded us of that when early into the season an accident claimed the life of another of our baseball leaders. Liberty County manager Corey Crum had been helping with field repairs from Hurricane Michael when he was accidentally fatally electrocuted – along with his wife, Shana, when she attempted to save him. Taken right there on the baseball field it is cruelly ironic that it came on Coach Crum’s day off. Working at the baseball field on his day off was but one way that Crum put his heart into his program.

Many hearts still need healing, and now is the time that legends can be written and spirits can be uplifted. Is there any greater motivator than to perform in the memory of a fallen teammate? This has been the unfortunate fuel for members of the Gulf Breeze baseball team, after senior Connor Wood passed away tragically in March. Grief does not get better quickly or easier, but moments such as now provide an excellent opportunity to channel that emotion into something positive and uplifting.

The point isn’t to play with fear that something bad could happen, but rather to play with the inspiration of knowing that your time is now. For you seniors, there is no more time beyond now.

Jaelen Childs is welcomed to the ball field during a game earlier this season. “Jaelen Strong” continues to impress and inspire in his recovery from a car accident on January 31st.

Not all tragedies end in defeat, and that may be the final reminder needed for every ball player set to hit the field and chase their playoff dream starting this week. Out of one of the most horrifying blows to the baseball community this year now arises an example of triumph and awe.

On January 31st, Cardinal Mooney senior Jaelen Childs was hurt when a driver ran a red light and slammed into his car at an intersection. The accident left him with a crushed femur and shattered pelvis, requiring multiple surgeries and blood transfusions. Childs has been in a wheelchair for several months as he recovers.

But just recently Childs bravely posted a video of himself taking his firsts steps as he continues his recovery. The community has rallied together in his support and he is with them everywhere. His effort is known as Jaelen Strong, and so is he. He was supposed to be hitting the field with the rest of the Cougars this week, but there is no doubt that it won’t be long before his feet hit the diamond again.

So are you inspired yet? Are you ready to take the field and play some baseball? Maybe it is time for you to pitch, or time to hit. Your buddies are there beside you and your coaches are behind you. It is time to play. Could you ask for a more exciting moment than today?