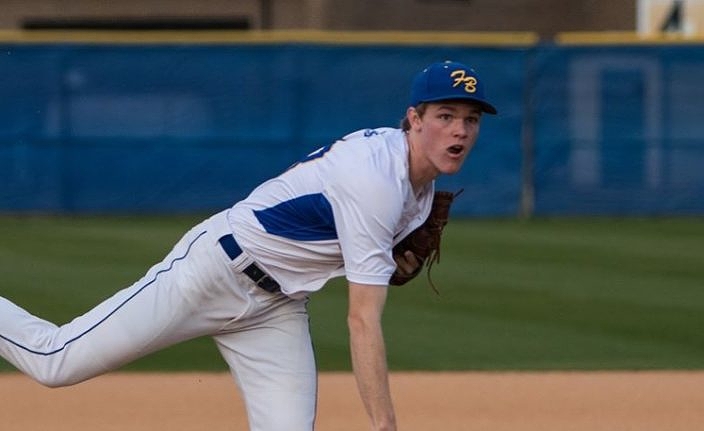 Senior Bryant Cullen struck out eight in five innings to earn the win for the Pirates. *Photo courtesy of Amelia Island Sports Photography.

Fernandina Beach also won for the first time at home, with both of their other victories coming on the road to start the 2020 season.

Senior Bryant Cullen led the way on the mound to earn his first victory of the season. The right-hander posted five scoreless innings and struck out eight, while scattering four hits and three walks.

Josh Kear closed things out by striking out four while allowing one hit over the final two innings. 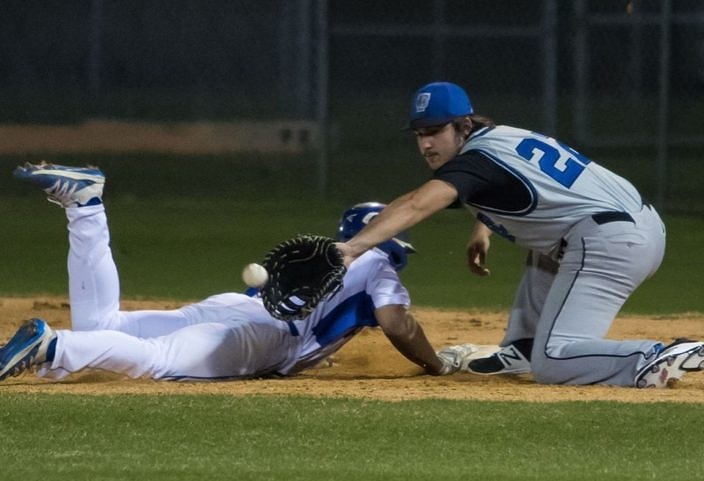 First Coast’s Marshall Massey attempts to pick off a runner at first base. *Photo courtesy of Amelia Island Sports Photography.

Fernandina Beach grabbed an early 1-0 lead in the first thanks to an RBI ground out from Caleb Goltz that scored Aiden Sweatt, before the Pirates broke things open with three runs in both the third and fourth innings.

It was Sam Gray and Goltz that got things going in the third, as Gray singled and Goltz followed with a walk to put some runners on base. Will Waters then delivered an RBI single, and both Goltz and Waters later scored on a wild pitch.

An inning later Andrew Garcia singled and Sweatt dropped down a bunt and also reached to get things started again. Drake Lilly then connected with a liner to right field for an RBI single, Gray followed with another RBI single to right and Goltz kept it going with an RBI single to left that made it a 7-0 lead for the Pirates. 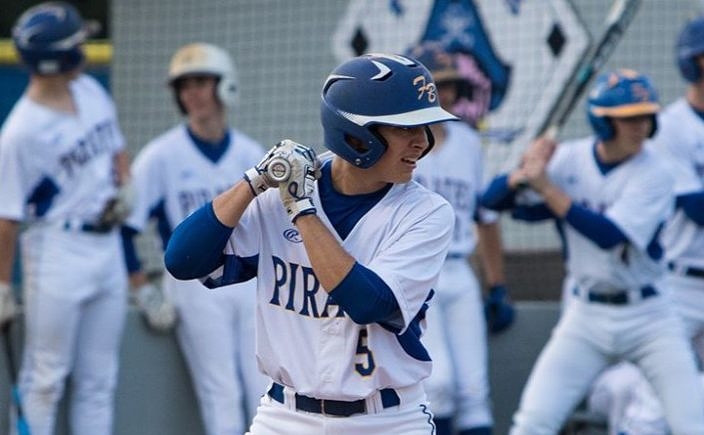 Aiden Sweatt was 3-for-4 with an RBI and two runs to lead Fernandina Beach. *Photo courtesy of Amelia Island Sports Photography.

Jameson Keith and Sweatt added RBI singles in fifth that closed out the scoring. Sweatt was 3-for-4 with two runs to lead all hitters.

Robert Melendez was 1-for-1 with a single and a walk and Christian Brant went 1-for-2 with a walk for First Coast.