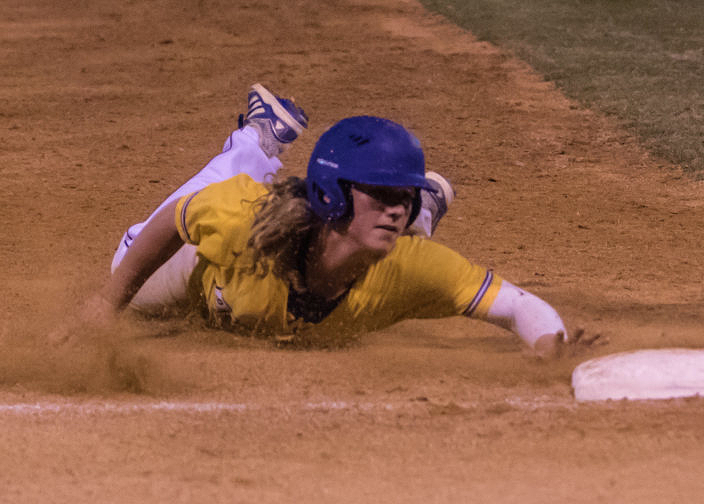 Trailing the entire way, the Fernandina Beach Pirates rallied back for a walk-off victory over the visiting Nease Panthers on Friday night. The Pirates scored two runs in the bottom of the seventh inning to walk away with the 3-2 win.

Quinten Dye delivered the big hit that tied the game, when he connected for an RBI single to left that drove in Owen Hamilton to make it a 2-2 ball game. Hamilton sparked the rally with a lead-off single, and the Pirates quickly loaded the bases when Tyler Gillette had a bunt single back to the pitcher and Sean Benjamin was hit by a pitch. Gillette walked off the win after Todd Rushing reached on an error.

The streaky Pirates (5-3) won their second straight, which comes after a three-game losing streak. They also opened the season by wining their first three games. The victory also helped the team break into this week’s HSBN Jacksonville Power Rankings, where the club is ranked #13 in Jacksonville. 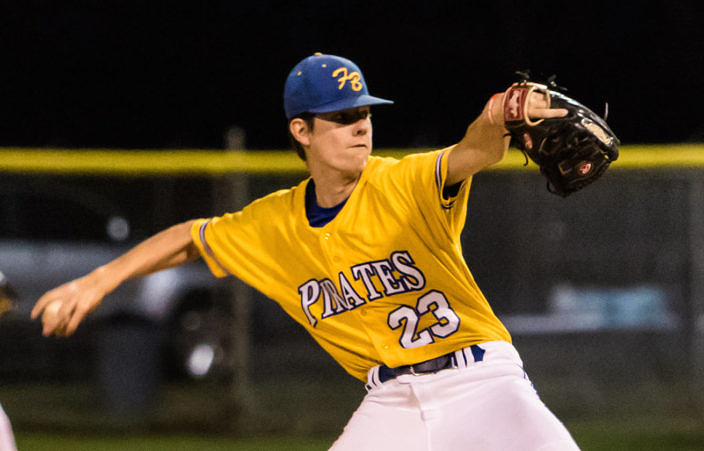 Nease (4-5) broke the scoreless tie to take the lead with the first run of the game in the top of the second. Kyle Bazler led off with a base hit on a liner to center, and he then stole second base and came home thanks to an RBI single off the bat of Chase Toonk.

An inning later the Panthers added another run to double their lead. Kyler Dwiggins got it going with a double to left, Ryan Miller walked and Gavin Abrams delivered a double to right that drove Dwiggins in for a 2-0 advantage.

The Pirates got on the scoreboard to begin the comeback with a run in the bottom of the fifth. Hamilton walked and Benjamin followed with a single, and Dye then supplied an RBI single on a liner to right field.

Dye went 2-for-4 with two RBIs to lead Fernandina Beach. Benjamin and Harrison Blalock were both 2-for-3.