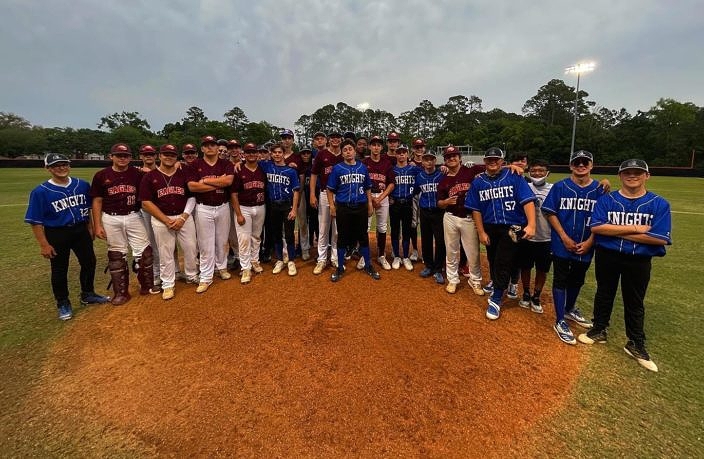 The Christ’s Church Academy Eagles put on a big offensive show in Friday’s Alumni Night home game against the First Coast Christian Knights. The Eagles collected nine hits in just four innings to power their way to a 10-0 home victory.

Hayden Brown and Dane Molter were both 2-for-3 with an RBI to lead the Eagles (5-6). Luke Gammage added a triple and three RBIs and Lenox Hires went 2-for-2 with an RBI and a run.

The Eagles won their second straight, after earning a big, 6-2 win over the Eagle’s View Academy Warriors (9-5) on Thursday.