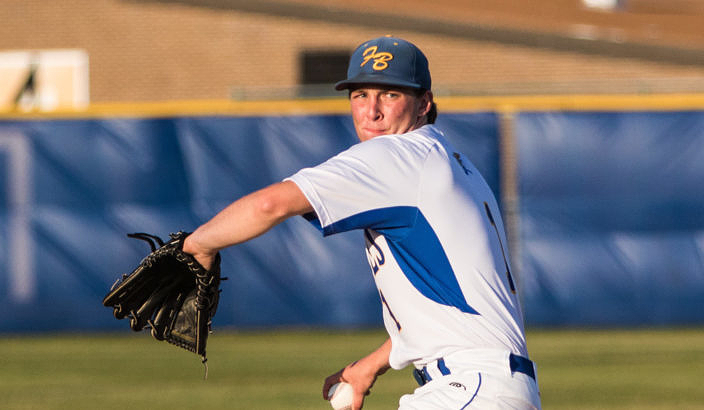 Senior Josh Kear earned the win with three shutout innings that set the tone on the mound for the Pirates. *Photo from Amelia Island Sports Photography.

The Fernandina Beach Pirates continued to roll on Monday, posting their second straight shutout victory to claim an 8-0 decision over the Wolfson Wolfpack in a District 3A-4 quarterfinal on Monday night.

The Pirates (17-6) advanced to Tuesday’s semifinal against the top-seeded Bolles Bulldogs, at 7:00 P.M. at Bolles. Fernandina Beach heads into the showdown playing its best baseball, having won 11 of its final 13 games, with both losses coming to Camden County, Georgia. 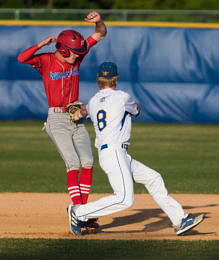 The Pirates have thrown four shutouts over that stretch, with a deep pitching staff that has set the tone. On Monday it was senior right-hander Josh Kear who made the start and picked up the win, throwing three scoreless frames before exiting with a 7-0 advantage. Kear did not allow any hits or walks, and he struck out three.

The bullpen held the rope from there, as relievers Sean Benjamin, Wes Parsons, Cole Perkins and Remi Law each tossed a scoreless inning. Perkins struck out the side, while the other three hurlers each had a strikeout.

The Wolfpack (12-11) managed just one hit on the day, a base hit to left field from sophomore Harper Osburn that led off the top of the fifth inning. They stranded six base runners on the day. 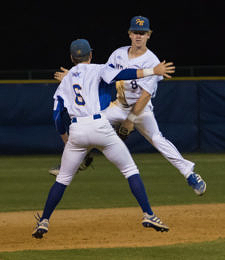 The Pirates got their offense going early and then never looked back, taking a 3-0 lead in the bottom of the first and then tacking on two more runs in each of the next two innings. Harrison Blalock led the way by going 2-for-3 with an RBI, while Tyler Gillette was 2-for-2 with two runs. Freshman Sean Benjamin reached base three times and then made it around to score every time as well, while Todd Rushing was 1-for-3 with an RBI and two runs.

While the loss ends the year for the Wolfpack, it does nothing to diminish the success that the club had this season. Wolfson won nearly as many games in 2021 as in the previous three seasons combined, and it ends the year with a record well above .500 for a winning season.

The club did not shy from tough competition, playing five games against area teams ranked among the top ten in the HSBN Jacksonville Power Rankings. The team graduates five key members, but otherwise returns the majority of the roster for next season.