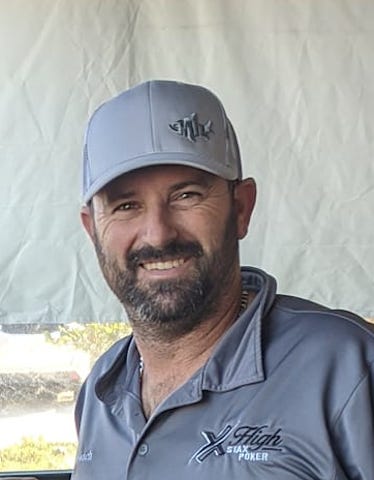 Phil Wisser spent the past four seasons as manager at St. Joseph Academy, before recently accepting the job at the new Tocoi Creek High.

Phil Wisser had been thinking over a new opportunity for a little while, and his players at St. Joseph Academy were starting to hear rumors. So the veteran manager decided he should talk to the team and let them know what he was considering, but that nothing was decided for certain yet. But that morning he got the phone call that changed all of that, and the meeting with the team took a different meaning.

Wisser accepted the position to become the first manager in program history at Tocoi Creek High, which opens in the fall in St. John’s. He will also work as a Mathematics Teacher at the school. He leaves St. Joseph Academy after four seasons at the helm, going 39-42 and with back-to-back winning seasons in 2020 and 2021.

“It’s going to be a good opportunity,” Wisser said. “I haven’t honestly done much to get ready for that yet, but that is not a big deal at this point. I’ve talked to the AD and he told me to go out and take care of my season and we’ll talk after that. We’re still working on things and there is time and there is not a huge rush. It is never easy to leave a place, and when I moved up here and went to a small private school from the public setting, I did not know what to expect. To see us turn a program that was just OK into a contender and go out and compete against the best-of-the-best has been great. We’re not always winning those games, but we compete.”

“I’ve told them that let’s just go out and win now,” Wisser said. “There is nothing holding us back, so let’s go all out and compete and do everything we can to advance as far as we can. Let’s win a district title and then see what we can do in regionals.”

But no matter the outcome, it is the swan song for Wisser. Now that everybody knows, it has made things easier. Rather than be morose and bittersweet in the moments, it is replaced with excitement at the opportunities ahead, both for this season and the years ahead at his next stop. 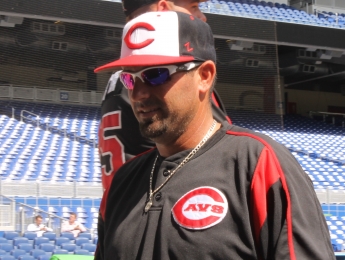 Enthusiasm is a trademark of Wisser’s personality, and a key tool in how he manages to bring out the best in his players. Since becoming one of the youngest managers in the history of Miami-Dade County when he took over at Miami Springs to start his coaching career, Wisser has exemplified the energy that drives success. Now those efforts will go towards a baseball team that is writing its history from the start.

“How many people have the opportunity to start a program from day one?” Wisser mused. “It’s a dream. It’s all yours. It’s all from the beginning, from the groundwork of the field and making those decisions. To be able to go back into a public school where we have a varsity and a junior varsity team with numbers was a big factor in my decision. It is tough with a small school and you don’t have the numbers, and there are only 14 kids in the program. It is not just about competing, it is also about teaching. If they do not do something right or do not go hard, you look at your bench and you do not have anybody to put in, so there is fear to go hard or they are not going to play. You want the best and that is the only way to get the best out of your kids.”

Wisser got his start in the public schools, coaching at Coral Gables in Miami for ten years before moving to the area to take over at St. Joseph Academy. After growing up in Miami, he previously became familiar with St. Augustine after he attended and graduated from Flagler College in 2003. Besides the chance to build a new program with a deep pool of numbers, Tocoi Creek is less than three miles from home for Wisser. He literally gets to become the new coach at the new local school.