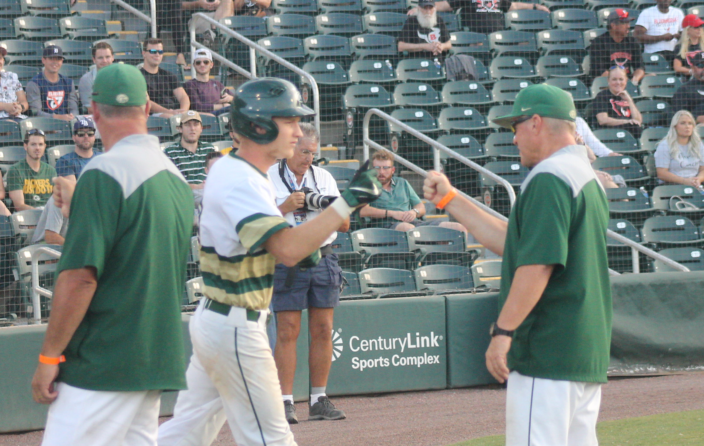 The Eagles take the field for their first state title game in school history.

The 2021 Fleming Island Eagles raised the bar on their entire program this season. Competing in their first state championship game in school history, the Eagles came up against a buzzsaw of a team on a mission that seemed nobody could stop.

Following a thrilling victory in Friday’s state semifinal, the Bloomingdale Bulls unleashed the same rabid energy that has fueled them their entire playoff run. That relentless charge powered the Bulls to a 5-1 victory over the Fleming Island Eagles, in Saturday’s Class 6A state final at Hammond Stadium in Fort Myers.

“We didn’t get the result we wanted, but you can’t hang your head on one game,” Eagles Manager Grant Biglin said. “Credit to them, they are the best team in the state and they were the best team tonight.”

Four runs in the bottom of the third inning set the stage for the Bulls (24-6) to celebrate its first state championship in program history, and they tacked on one last insurance run in the fifth. They pounded out 10 hits and nearly every offensive starter reached base to do their part.

“That’s baseball,” Biglin said. “There’s going to be plays that go one way or the other, and it felt like all year when they weren’t going our way we found a way. Unfortunately tonight, when they get ten hits and don’t make any errors, their pitchers battled out of jams and they seemed to get the big play, the big hit, and we didn’t. It’s just one of those things that hopefully we don’t harp on it too long, but hopefully our guys remember all the good things and the journey to get here, and all the memories they made and relationships they built.” 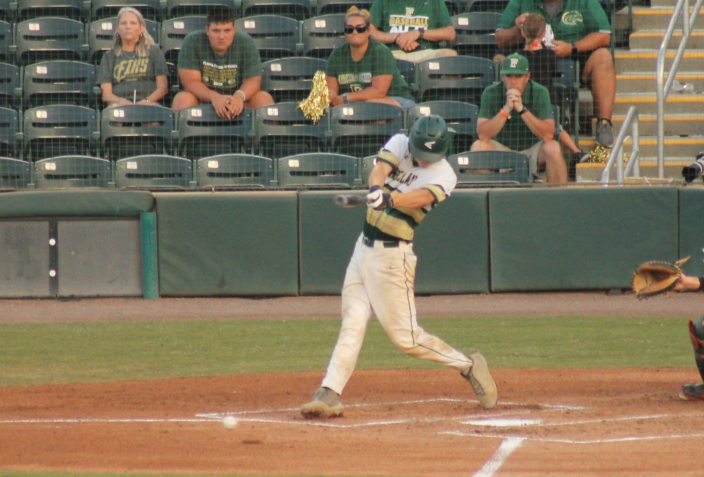 The Eagles collected five hits but struggled to string much offense together.

No Bulls player epitomized that charge more than senior cleanup hitter Marlon Bowen, who continued his hot-hitting by going 2-for-3 with two RBI and a run. He had seven hits and 10 RBI in the team’s seven playoff games, while also serving as a spark plug that ignited the entire lineup.

Bowen delivered the back-breaking hit during the Bulls’ big third inning, unloading on a pitch to send it flying deep over the left fielder to the warning track to drive in two runs with a base-clearing triple that plated two. That followed a string of hits that began after Donovan Dubuisson led off with a walk, as Drake Harman singled to right and Garrett bounced an RBI single through the left side to start the scoring. Shelton then found a hole through the right side of the defense to drive in another run and bring Bowen up.

Despite playing from behind the rest of the way, the Eagles (25-6) did not waver. They displayed the mental toughness that got them that far, and hung in the fight even despite all the momentum the Bulls kept on their side of the field.

“This being a senior-laded team where we had eight seniors in the lineup tonight, they were just showing that they were experienced and just proving that we should be here,” Biglin said. “Bloomingdale played a great game and credit to them, but it’s just damage-control and you can’t let it get away. One swing of the bat could tie it up. So keep it where one big inning for us can keep us in the game. But unfortunately, we just couldn’t have that big inning. They made all the plays.”

Bowen was back at it again to produce a run in the fifth. After legging out a bunt single and sliding safely ahead of the throw to first, Bowen advanced to second on an error and then swiped third base. Jack Owens sent him the final ninety feet home by lofting an RBI single into shallow right field.

“One common theme that we have said is, ‘Dudes have got to be dudes’. The best players have got to play the best, and if there is one resounding thing that came out of these two games it is that my best players played their best,” Bulls Manager Kris Wilken said. “When they do that, they bring the other guys with them and they play better, and it relieves tension. When those best players are able to go out there and get hits and put good at bats together, than everybody feels like they can. Those guys at the top of my lineup, and those pitchers, they led the way. Dudes were dudes.” 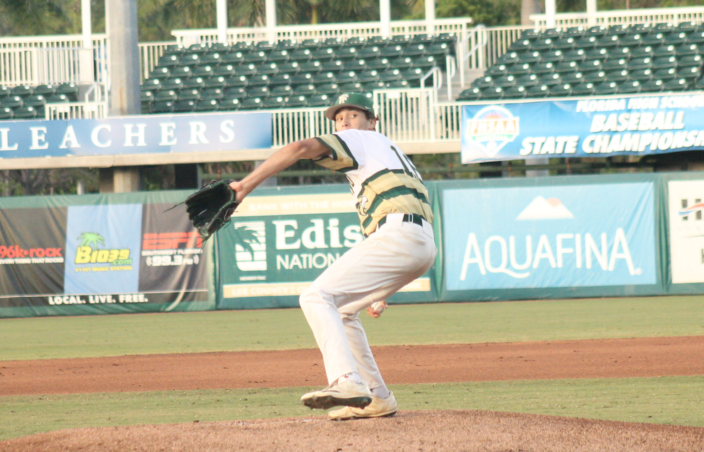 Senior Dylan Dudones made the start but took the loss for the Eagles.

Fleming Island had dudes who stepped up and made big plays in key moments, as well. The defense turned a double play to end the second, after also stranding Drake Harman on third base in the top of the first inning after he reached on a bunt base hit. Bloomingdale stranded five base runners in all.

Although things were not going in their favor, the Eagles never wavered. Not one player hung his head or gave up hope, knowing the caliber team that they have.

“I am proud of them for that. They have definitely set a tone for Fleming Island that will never be forgotten,” Biglin said. “This is the first time that we came here as a team, as a school and as a program. Hopefully, we’ll be back. They laid the groundwork for a lot of hard work. I’ve seen for four years to obviously be here, and then this year we wanted to be in this game.”

Fleming Island put together its best offense to break up the shutout and get on the scoreboard in the fourth. Marcus Murray and Jack Gidcumb drew walks to start the frame, and Drew Homitz singled to right field to load the bases. Jacob Broussard then lifted a sac-fly RBI to right field that allowed Murray to tag up and come in just ahead of the relay throw to the plate.

Sophomore Abram Summers kept it going with a base hit on a bouncer that split the middle of the defense and reloaded the bases. But the Bulls responded by turning a 6-3-1 double play that ended the threat. 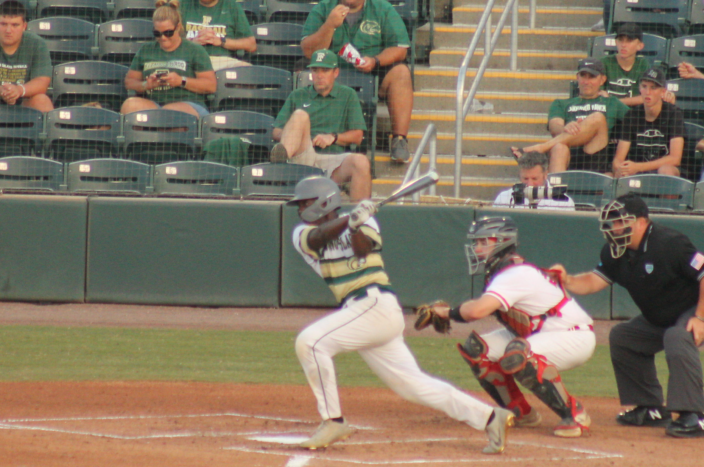 Marcus Murray was 1-for-2 with a walk and a run.

Aiden Mastantano connected for a two-out double in the top of the fifth inning, but was stranded when they next hitter sent a roller straight to the first baseman for a 3-1 putout. The Eagles did not manage any more base runners, as the final six batters went down in order.

Although the program is now set to graduate 11 seniors that have been so crucial to its success, they leave a new standard of what is expected of the guys who don their same uniforms.

“They just love to play baseball,” Biglin said. “Every day when they came to practice they were smiling. They were ready to get back to work any time that we had a loss or had tough things that we had to work on. We worked on those things, we sharpened the things that we were already good at and they just came to work everyday. They laid the groundwork for our whole program. All these kids that have been here, all the JV kids that weren’t here but have seen us make it to this game and see what we do day in and day out. Hopefully it trickles down for years to come. Hopefully we’re back here sooner rather than later.”