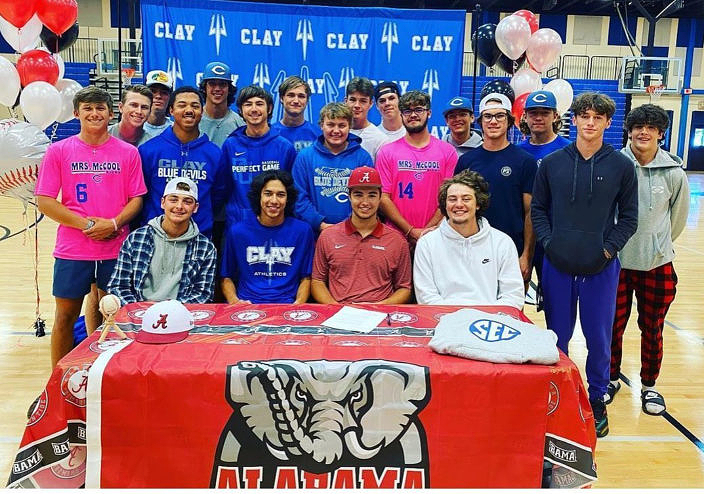 Clay’s Max Williams signed with the University of Alabama. *Photo from @ClayBlueDevilBaseball.

The chance to get a college education and still continue playing the game that you love is what so many high school baseball players work for throughout their careers. That work pays off when a college makes a scholarship offer, but the joy of that moment is best realized when the student-athlete can actually sign that letter-of-intent and finalize the deal.

Those celebrations have happened all over Florida and the nation recently, as the fall’s biggest recruiting holiday just officially wrapped up from National Early Signing. These special ceremonies marked the culmination in realizing that dream to play collegiate baseball, and there was no shortage of Florida ball players that seized their moment to put their ink on the paper. Hundreds of Florida baseball players made it official during some sort of ceremony. 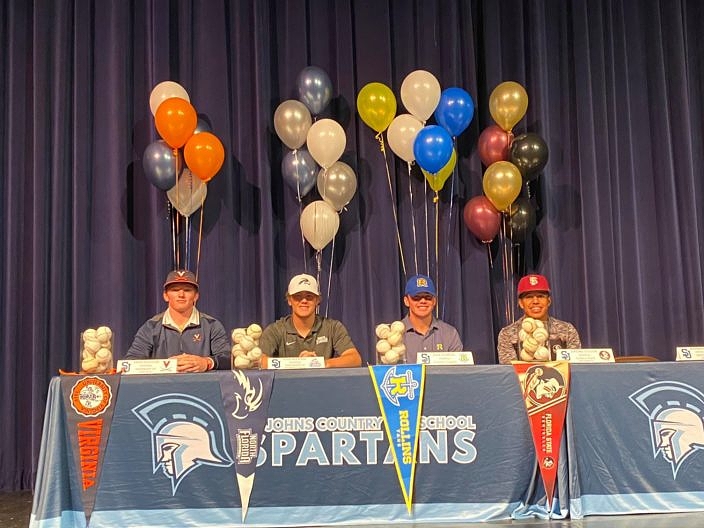 This is a special occasion for players, but also for their coaches and families, as it means a lot to them to see these players realizing and enjoying such an important moment in their lives. So many kids do not get the opportunity to go to college, and many of their parents may have missed out on that themselves. They have sacrificed in hopes of this day, and this is a memory that will be cherished for years to come.

“This is what it’s all about,” Tocoi Creek Manager Phil Wisser said. The first year manager at the new Jacksonville school previously coached at St. Joseph Academy, where two of his former players signed last week. Evan Rodriguez signed with Tallahassee Community College and Hunter Pankey signed with Stetson University. “I want to congratulate Evan and Hunter on signing their National Letters of Intent to play at the collegiate level. I’ve always said this is better than any win. I am so proud of both of you and wish you nothing but the best.”