Suwannee Falls To Island Coast In 4A Semifinal

Written by Anthony Uttariello on May 24th, 2022 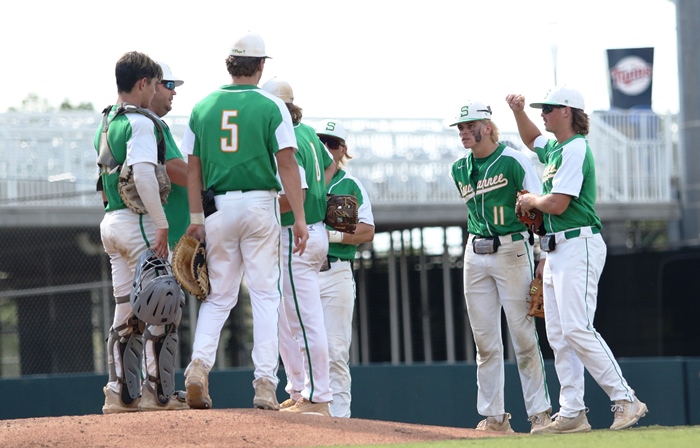 Coming into the 4A state semifinal, Suwannee knew they were facing a team in Island Coast that has had a tendency to take teams out early this season. The Gators have an offense that hit 27 home runs during the season, and scored 228 runs.

The Island Coast bats did not hit the long ball on Monday, but what they did do was take any hope the Bulldogs had off the table early. The Gators scored four runs in the first, three in the second, and two in the third, to take a 9-0 lead, and then waited out three different weather delays before finishing off their semifinal win 9-2 over the Bulldogs.

Martinez did his part on the mound, throwing the first six innings, only giving up six hits and two earned runs. The junior struck out 11 and walked only one batter on the day.

“I’ve never had to deal with staying warm after having a delay like that,” said Martinez. “But I got wrapped, kept moving around, and my mindset was that I want to go the distance and finish the game. Unfortunately my pitch count got a little high there in the sixth and I had to turn the ball over at that point, which I was ok with because I have confidence in our whole staff.” 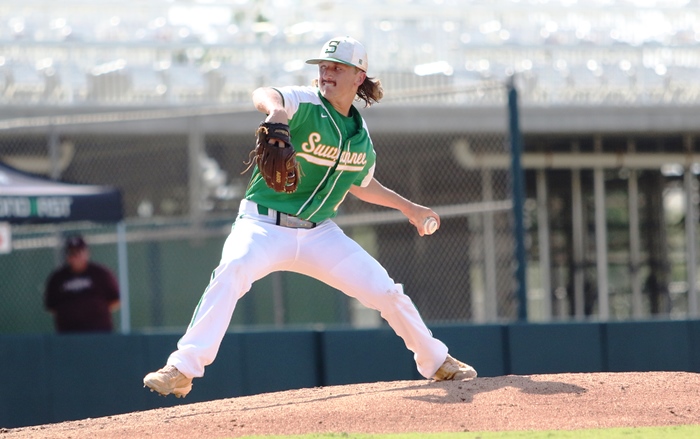 By the time Martinez left the game, the Gators had built a 9-2 lead, and Dylan Masters was able to come on and close the game out in the seventh, sending the Gators to their first state championship game in school history.

For a team that was appearing in states for the first time, Island Coast did not look like the pressure was a problem. As they have done several times during their playoff run, the Gators jumped on an opponent early. The lineup, which has been good all year, produced 10 hits on the day, spread across seven different hitters in the lineup.

Lead-off hitter Eddie Boe Rodriguez led the way as the sparkplug for the game, going 3-for-4, with two runs and an RBI. Tommy Bryne added two hits, and Jordi Gonzalez had two RBIs.

The Gators have now won nine of their past 10 games as they head to the championship to face Jensen Beach, another school making their first final four appearance in school history.

In their playoff run, the Gators have knocked off Bonita Springs twice, Cardinal Gibbons, and state-ranked Miami Springs. 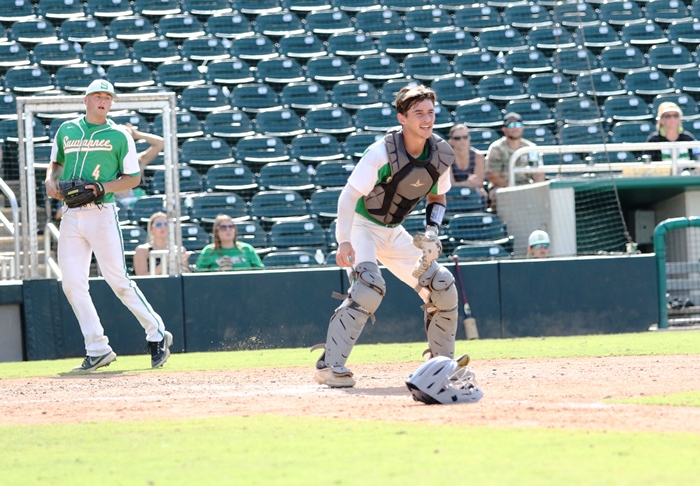 As for Suwannee, their season comes to an end with a 24-5 record, and despite the loss, Manager Justin Bruce was proud with how his squad performed.

“You never want your season to end, but the seniors have poured everything they have into this season,” said Bruce. “These guys are going to do great things as they move on in their careers, and I am proud of how they represented themselves and the program. They have set a foundation and example for all the underclassmen o follow and build on.”